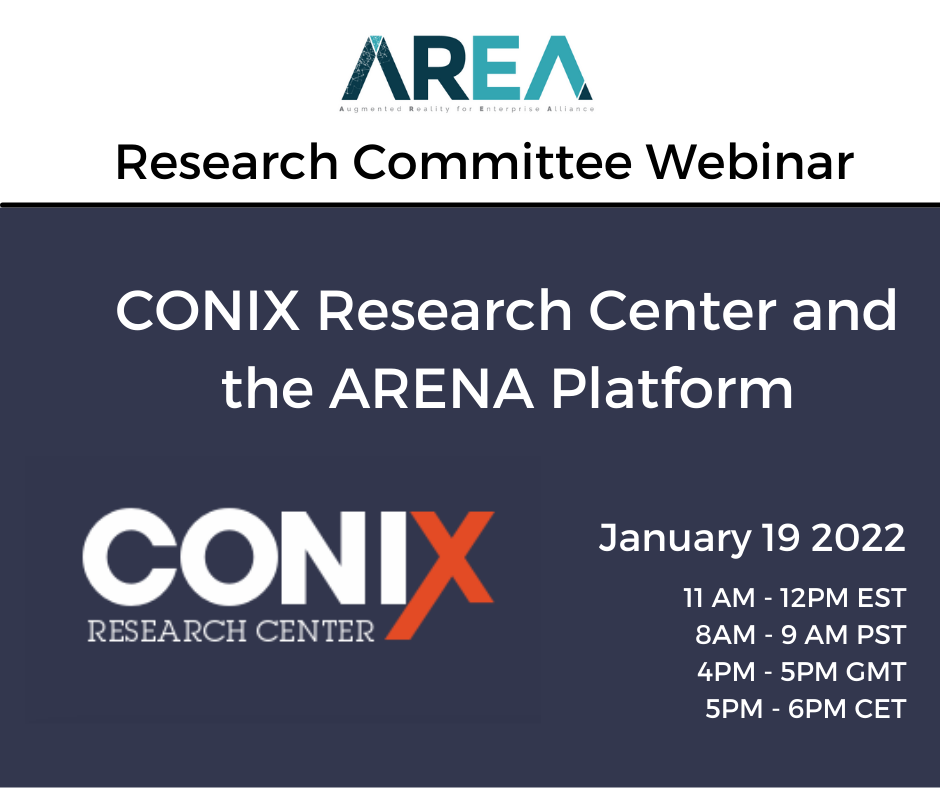 The Augmented Reality Edge Networking Architecture (ARENA) is a networking platform designed to simplify programming where there is a mix of virtual and physical systems. By combining spatial awareness and real-time sensing technologies, projects using the ARENA platform permit physical and digital entities to interact in innovative, new ways.

The platform is being developed by members of the CONIX Research Center, a collaboration between six universities including Carnegie Mellon University, developing a new tier of distributed computing that tightly couples the cloud and edge by pushing increased levels of autonomy and intelligence into the network.

During this webinar Anthony Rowe will present the goals of the ARENA project on which he, his team, and members of the CONIX Research Center are working. Attendees will learn:

FIND OUT ABOUT AR

Why AR For Enterprise

Organizations of all sizes are tapping into the potential of rapidly expanding and converging AR fields and communication channels to visualize data and instructions overlaying digital assets in the real world in real time.

Welcome! As an AREA member, you are able to access exclusive AREA pages and forms from this portal. Explore AREA offerings, participate actively in AREA’s success and benefit fully from the special member programs.

The Augmented Reality for Enterprise Alliance (AREA) is the only global non-profit, member-based organization dedicated to widespread adoption of interoperable AR-enabled enterprise systems.